DETROIT – The G League and the Motor City Cruise announced today a full season schedule for the 2021-22 season, presented by Henry Ford Health System. The Cruise will open their inaugural season on Saturday, November 6, against the Cleveland Charge. Motor City will play its first home game in the newly built Wayne State Arena against the Wisconsin Herd, on Thursday, November 11, the first game of a home back-to-back set against the Herd.

Earn exclusive rewards and benefits through the club’s Founding Fan season membership program. Those purchasing the season tickets for all 24 home games will have their name immortalized next to the Cruise locker room in the Wayne State Arena. Season ticket packages start as low as $120. For more information regarding the Founding Fan program, group, and single-game tickets, visit Cruisebasketball.com.

In the Showcase Cup, teams will be separated into four regional pods where they will play games against one another in their respective G League markets. The teams with the best winning percentage in each regional pod, as well as the four teams with the next best win-percentage across the league, will go play a single-elimination tournament at the G League Winter Showcase between December 19-22, where the winners and runners-up will receive a trophy and monetary prize.

Following the Showcase Cup, team records will reset and a traditional regular season with 36 games will begin on December 27. During the regular season, teams will be split into Eastern and Western conferences, and the 2021-22 playoffs will solely be based on the records from the respective 36 game season. The top six teams in each conference with the best winning percentage will have a traditional playoff format, and finish with the NBA G League Finals presented by YouTube TV. 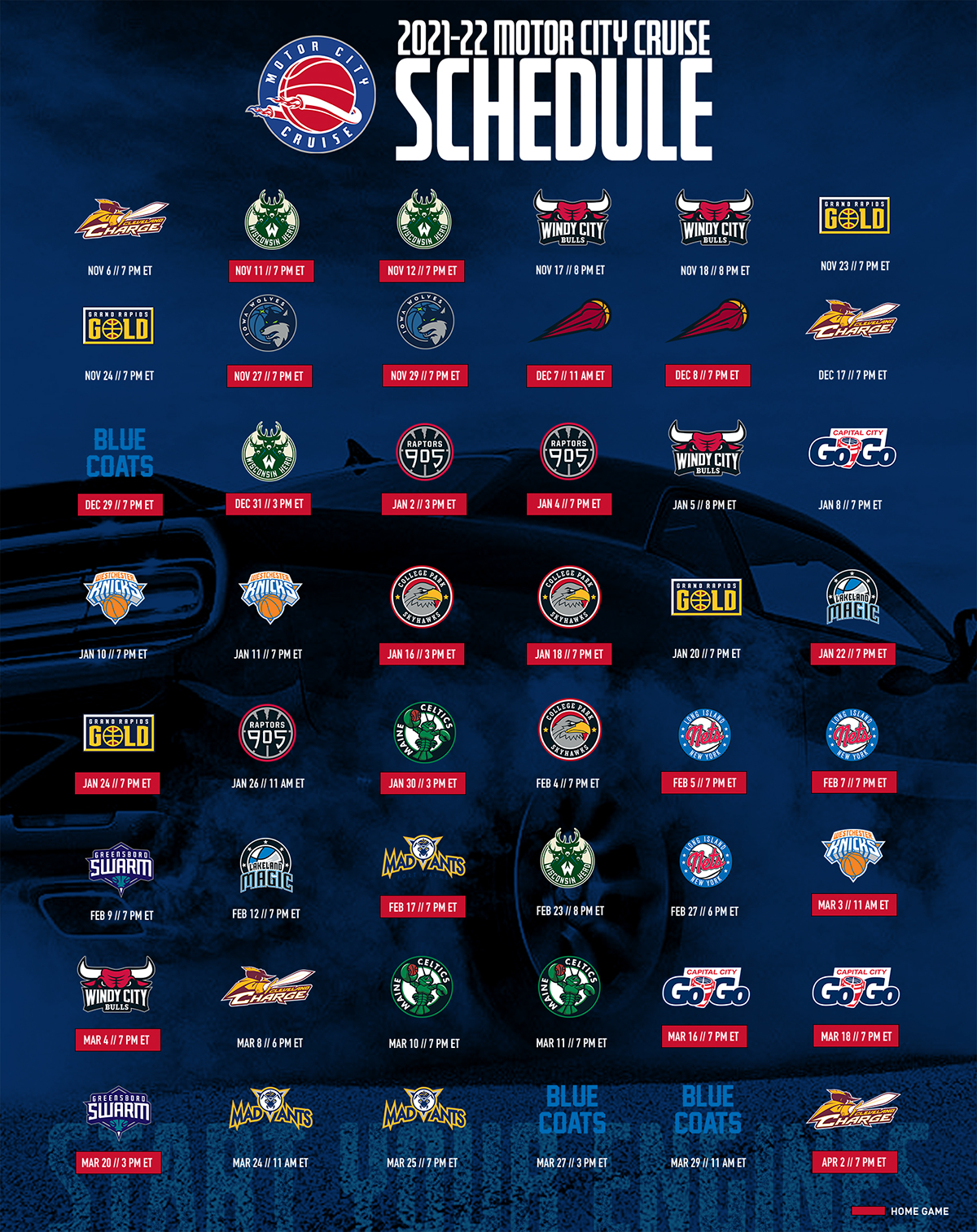