DETROIT – The Detroit Pistons announced today the club’s schedule and roster for the MGM Resorts NBA Summer League 2021 to be held in Las Vegas from August 8-17 at the Thomas and Mack Center and Cox Pavilion on the campus of UNLV.

Current Pistons Killian Hayes, Saddiq Bey and Sekou Doumbouya along with Cade Cunningham, the first overall pick in the 2021 NBA Draft, and Luka Garza (drafted 52nd overall in 2021) are expected to participate.

Below are the Pistons summer league schedule and roster: 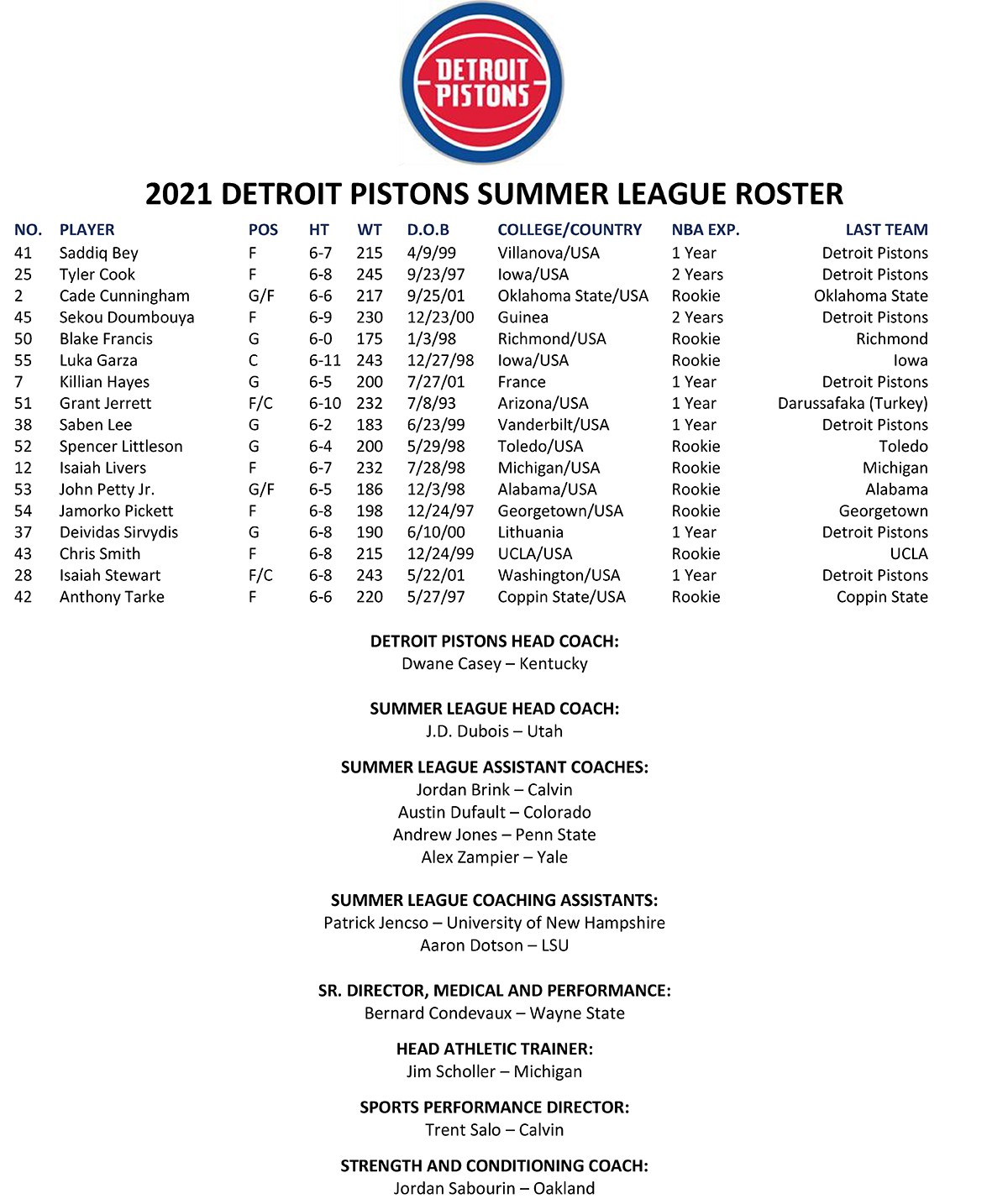